Giuliani is headed to Kiev to urge the incoming president there to pursue investigations that could help Trump politically by casting suspicions on the origins of the Mueller investigation and the Manafort case, as well as the involvement of Joe Biden's son in Ukraine.

And so the Democrats, they are all over this. The Drive-By Media is all over this. They say it is proof of getting a foreign country to influence the election. They’re saying, “See, Trump did collude with Russia because now he's sending Rudy over to Ukraine.” Here's Rudy last night on Fox News with Laura Ingraham who said, "Why isn't the media interested in this? Why isn't the media pursuing this? Why not this? It's a fascinating story."

GIULIANI: I guarantee you Joe Biden will not get to Election Day without this being investigated. Joe Biden was appointed the point man for Ukraine. Two to three weeks later his son, who had just been tossed out of the military for testing positive to cocaine, was appointed to a position on the most corrupt agency or the most corrupt business in Ukraine. Biden's kid took down about three to four million dollars we can count, and Biden, when the kid got under investigation, actually says, quote, "I strong-armed the president of Ukraine to dismiss the prosecutor because the son-of-a-" -- I'll leave it out -- "was corrupt."

What he left out of the explanation was that prosecutor was right on the tail of his son looking for the money that appeared to have been laundered from Latvia to Croatia to America. All of a sudden the president of the Ukraine gets a call from the vice president of the United States, and he's told, “You're not gonna get your $1.2 billion loan guaranteed,” when they needed then to prevent default, “unless you dismiss the prosecutor.”

RUSH: Right. Okay. So now they're just all over it. New York Times: “Rudy Giuliani Plans Ukraine Trip to Push for Inquiries That Could Help Trump -- Rudolph W. Giuliani, President Trump’s personal lawyer, is encouraging Ukraine to wade further into sensitive political issues in the United States, seeking to push the incoming government in Kiev to press ahead with investigations that he hopes will benefit Mr. Trump.

“Mr. Giuliani said he plans to travel to Kiev, the Ukrainian capital, in the coming days and wants to meet with the nation’s president-elect to urge him to pursue inquiries that allies of the White House contend could yield new information about two matters of intense interest to Mr. Trump.”

Now, we have a tweet here from Pencil Neck. "Today, Giuliani admitted to seeking political help from a foreign power. Again. His defense: 'We’re not meddling in an election, we’re meddling in an investigation ... Somebody could say it’s improper.' Yes. It is. Immoral, unethical, unpatriotic and, now, standard procedure."

NADLER: We've come to a very sorry state when it's considered okay for an American politician, never mind an attorney for the president, to go and seek foreign intervention in American politics.

RUSH: To seek foreign intervention in American politics. So Mr. Snerdley, what do you think's going on here? Do you think Rudy’s just tweaking 'em? I think he's not tweaking 'em. He's saying, “You guys, you spied on us, you mounted this entire two-year, two and a half year thing to destroy us. Well, we're gonna show you what it looks like. We're gonna show you how it feels. We're not gonna do it behind closed doors and we’re not gonna lie to anybody about it. If there's dirt to be found on Biden and his kid, we're gonna find it. Damn straight we are.” 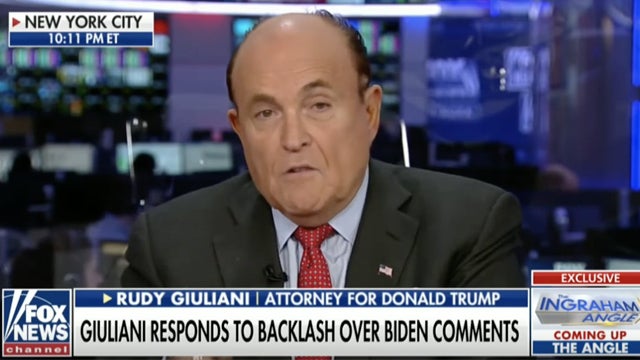 Now, there's an interesting piece today at a website called DC Whispers. I have cited their work before. And it's an interesting theory that I just want to run by you. The headline is: “Hook, Line, and Sinker: How President Trump Just Played Democrats & Media Into Giving Him What He Wanted All Along.”

And here is the lead. "Congressman Jerry Nadler is not a particularly bright guy." By the way, may I make a brief observation? I've been watching these committee members on the Democrat committees here all week, and I've watched them all talking about Trump and what a rotten guy Trump is, what a reprobate Trump is, including congressman Nadler.

And it's clear that in most of these cases, if not all, not a single one of them could even come close to the life achievements and accomplishments of Donald Trump. Not a one of them. And, in fact, many of them couldn't do any more than they've already done, which is run for office and get elected for life in the U.S. House of Representatives where the incumbent reelection rate is 95%. Do you realize once you get elected to the House once, you can have that job the rest of your life until they term limit you or redraw the districts on you? But it's almost a guaranteed job. And they don't have to do anything.

That's Biden. Joe Biden has done nothing except live and work in Washington and doing deals like he did in Ukraine and with the ChiComs to aid his other son are the way these people make it happen for their families. They arrange sweetheart deals for their sons and daughters who have no experience doing anything. It's how the world is spun at the highest levels of government.

You got a high-ranking American official like Vice President Biden who has to go to China to do something on a trade deal and part of the deal is that a Chinese company would invest in his son's startup. The son doesn't know what he's doing, there’s no reason why anybody would give the son a billion and a half dollars, but there it happens. The ChiComs or any other foreign country look at this as a cheap investment in order to get a deal with America that they like.

But these people in what we call the real economy, the real world, the private sector, they've never been there, and particularly on the Democrat side, and they couldn't function there. And I'm watching, particularly Nadler, and he barely knows how to run that committee. Some staffer, if you notice, some staffer's always putting a piece of paper in front of him to give him the parliamentary procedures and what to say when it's time for a vote, a voice vote to call a roll.

He doesn't know what he's doing. He just a partisan New York liberal doing the maximum he's capable of, which is all he knows how to do, and he's sitting there in judgment of Donald Trump. I know he's got the power to do so. He was elected. Don't misunderstand what I'm saying. I'm just saying the contrast here is striking between people whose careers have been in politics and people who have not been in politics at all, and that's Trump.

So it starts out here: “Congressman Jerry Nadler is not a particularly bright man. Granted, when put up against some of the even more foolish members of the U.S. Congress, he can appear somewhat competent, but there are increasing whispers throughout D.C. that he’s just fallen for a Trump trap big time. President Trump knows the most pertinent parts of the Mueller Report.” President Trump has seen it all.

“So too do leading members of Congress—namely Republicans. (Because they actually bothered to review its contents, unlike the Democrats who have not.) The full, unredacted report has been available for review for some time now. Jerry Nadler could have looked at it at any time.”

By the way, the amount of the report that's redacted is basically seven or eight sentences in the obstruction section. It's like less than 1% of the whole thing has been redacted. There's nothing that anybody's gonna learn above and beyond what is known. But the point is, no Democrat has gone to the secret room where they can read the whole thing. They can't take it out of there. They can take notes, but they can't take it out of there. Nadler, no Democrat's been up to read it, because it isn't about this. 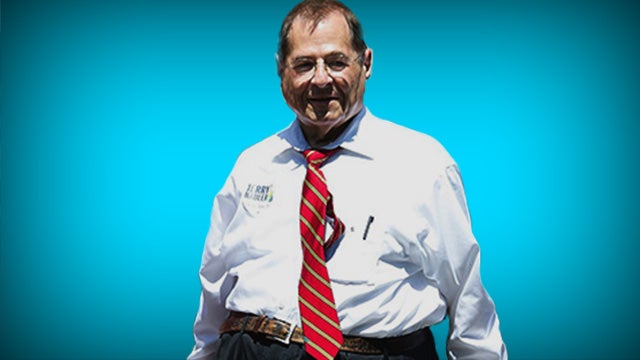 And I'm not exaggerating. This is exactly what's going. Now, it's not hard for them to do, because the natural hated they have for Trump has an easy outlet here. But this is not... They're not gonna go to impeachment, but they have to make their base think that they're trending towards it or that they're trying to get there. So that's why the show is continuing. So it's not about the contents of the Mueller report. What's-his-face, Nadler, no Democrat has been up to read the there's-only-grand-jury-material-redacted version.

"Jerry Nadler could have looked at it at any time. Instead, he has chosen to play a political game of 'contempt' against Attorney General Barr in the hopes his media allies will be able to successfully spin the version that says the Trump White House is attempting to deny access to the full report. (Even though the report is actually available for review as has already been said. Nadler could have walked across the hall, sat down, and read all of it.) And guess what?

"A few Democrats have just now started to realize the trap that was set and Nadler’s incompetence in shuffling his way into it. These few observant Democrats had their 'the lights went on' moment when news of the Senate Intelligence Committee subpoena of Donald Trump Jr. regarding matters allegedly related to the now infamous Trump Tower meeting in 2016, went public via an alleged leak by a Democrat member of that committee to the Axios news organization."

"Readers might recall when, not so long ago, Democrats and the media were outraged over President Trump’s insistence that the events surrounding the Trump-Russia hoax and Spygate scandal be declassified so the American people could know of it themselves. They claimed it was a serious breach of national security, would endanger members of the intelligence communities, etc. Now, those same Democrats and media are demanding the full, unredacted version of the Mueller Report, (even though Democrat leaders are already allowed to go sit down and read it for themselves)...

"Do you see what’s happened here? President Trump has manipulated the Democrats into now demanding what he wanted all along – full disclosure." The Democrats are demanding "full disclosure" of the Mueller report. Trump could turn around and say (impression), "Hey, full disclosure? Okay. Here comes the declassification of everything that led to this whole investigation." This is the theory of the people at D.C. Whispers. We will see if that actually plays out.