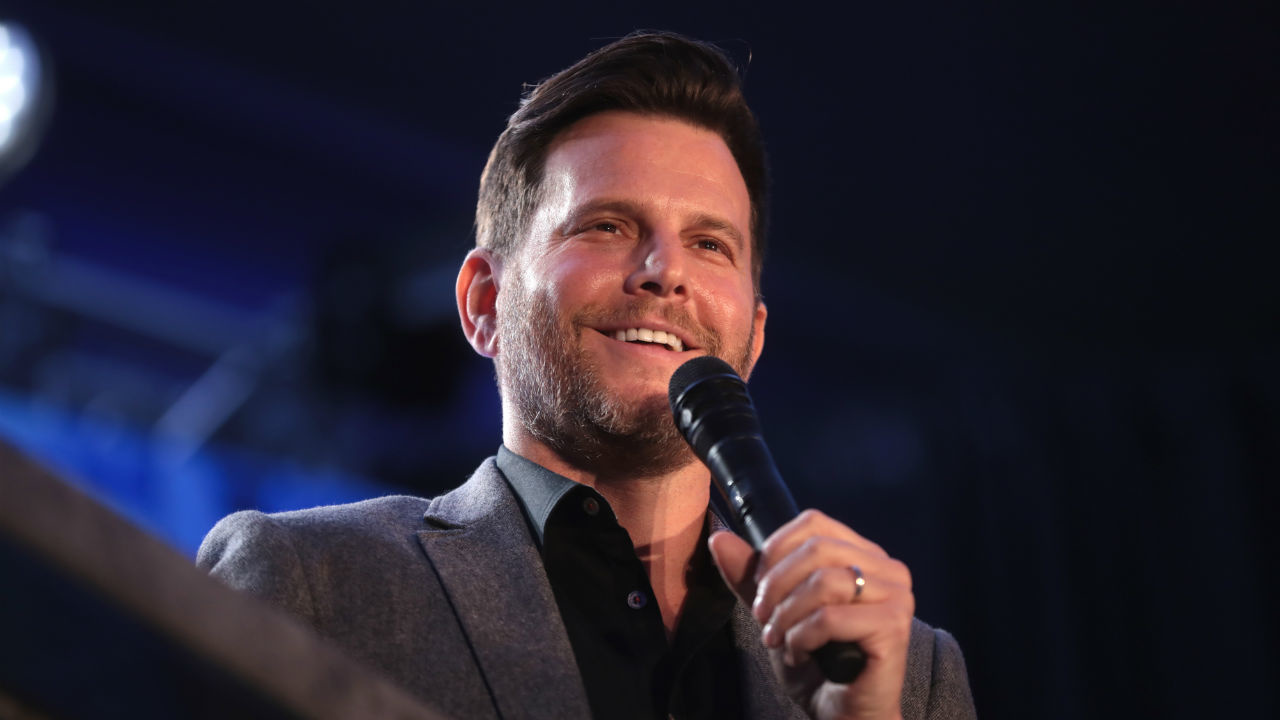 Dave's YouTube channel hit the one million mark. One million subscribers. There are dozens of countries that don't have that many citizens. (Rubin laps Iceland three times, if we're going by that metric.) This is encouraging for many reasons, perhaps most of all, because it proves the mainstream media has collapsed, or that it's on its last leg. The David and Goliath fight is nearly over. And Dave has been instrumental in giving a voice to the millions of people who feel lost, voiceless, cornered.

The Rubin Report has become a cultural refuge for some of the most insightful thinkers of our time, who all too often find themselves embattled and alone for the mere act of standing by their convictions, and Dave's growing audience is proof that people are desperate for change.

It's infectious. Everyone around Dave can feel it.

David Janet, Executive Producer of the Rubin Report and Dave's husband, said via e-mail, “I'm thrilled to be part of a show that has helped shift the conversation and that has brought civil discourse to people all over the world."

It hasn't been easy. Not one bit. YouTube has habitually demonetized episodes of the Rubin Report. It's a running joke: Any time he has a guest who's a smidgeon to the right of Bernie Sanders, YouTube flags the episode. Meanwhile, there are no repercussions for hateful, far-left ideologues like Linda Sarsour and Louis Farrakhan, or violent extremist groups like AntiFa.

So it came as no surprise yesterday when Dave's subscriber count dropped by 100 in an instant. It turns out that YouTube has been systematically shredding his legitimate subscribers and labeling them bots — which makes Dave's one million subscriber count all the more impressive.

Dave's growing audience is proof that people are desperate for change.

For independent, provocative thinkers like Dave, it is a constant battle.

Dave's Twitter bio says it all: “Twitter is not real life." I'm sure he would agree with me when I take his statement a step further and add that social media is not real life. Nor is the mainstream news media, for that matter.

Pew Research poll found there is a disproportionate number of progressive activists on social media:

“Liberal Democrats are especially likely to use social media to mobilize others or find like-minded groups."

Even CNN has acknowledged it. As

Harry Enten put it, "Want to understand the 2020 Democratic primary? Stay off Twitter."

The percentage of progressives in the overall population — in the real world — is much lower. But progressives on the whole tend to be radical in their approach and extremely vocal, giving the appearance that America is on the cusp of a socialist revolution because that's what most Americans want.

RELATED: Dave Rubin: YouTube is pushing me to the 'libertarian side'

“Progressive activists are the only group that strongly backs political correctness: Only 30 percent see it as a problem."

Also interesting, the study found that progressive activists — despite their obsession with socialism and their hatred of the patriarchy and their disdain for rich, white, men — are overwhelmingly rich, white, over-educated men.

Compared with the rest of the (nationally representative) polling sample, progressive activists are much more likely to be rich, highly educated — and white. They are nearly twice as likely as the average to make more than $100,000 a year. They are nearly three times as likely to have a postgraduate degree. And while 12 percent of the overall sample in the study is African American, only 3 percent of progressive activists are.

For a group that uses Twitter to lambast the lack of diversity in, well, everything, it's surprising that, “With the exception of the small tribe of devoted conservatives, progressive activists are the most racially homogeneous group in the country."

The reason Twitter has so much power, and such a leftist bias, is that journalists have become masterful at using it as a feedback loop. It provides journalists with a “source," a representation of public opinion. And Twitter users, who are overwhelmingly and disproportionately progressive activists, can enjoy a sense of power they've clearly always dreamed of. A single complaint from a random person on Twitter can easily become an international news story about some new social epidemic.

Free-thinkers have banded together in defiance of this broken and poisonous system.

Luckily, free-thinkers have banded together in defiance of this broken and poisonous system. It's something we here at Blaze Media are reminded of every day: The first thing you see when you walk into Mercury Studios, home of

BlazeTV, is a mural of David and Goliath. It's a battle scene, two stories tall. The Goliath figure is made up from inflammatory words right out of the New York Times, and he's poised to stomp down on David, who has TheBlaze's red logo for a head. David has his slingshot aimed up at the giant.

Next to the mural scrawl the words “David slew Goliath with five smooth stones." 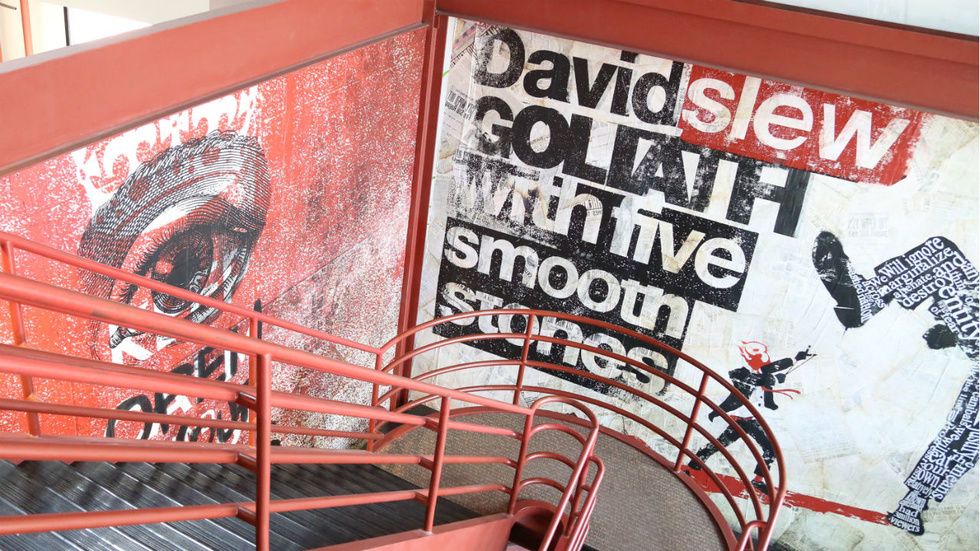 Blaze Media is not alone in its effort to challenge mainstream media. A crop of dissenters has formed into an unlikely group. And Dave Rubin is right there at the front, ready for whatever comes next.

“We've proven that people don't want their intelligence insulted and that there is room for long-form, nuanced conversation," Rubin wrote via e-mail. “I think that's the only way back from the brink of the intellectual collapse we seem to be heading for and I'll keep fighting to get good ideas out into the public space."

This David has stones.