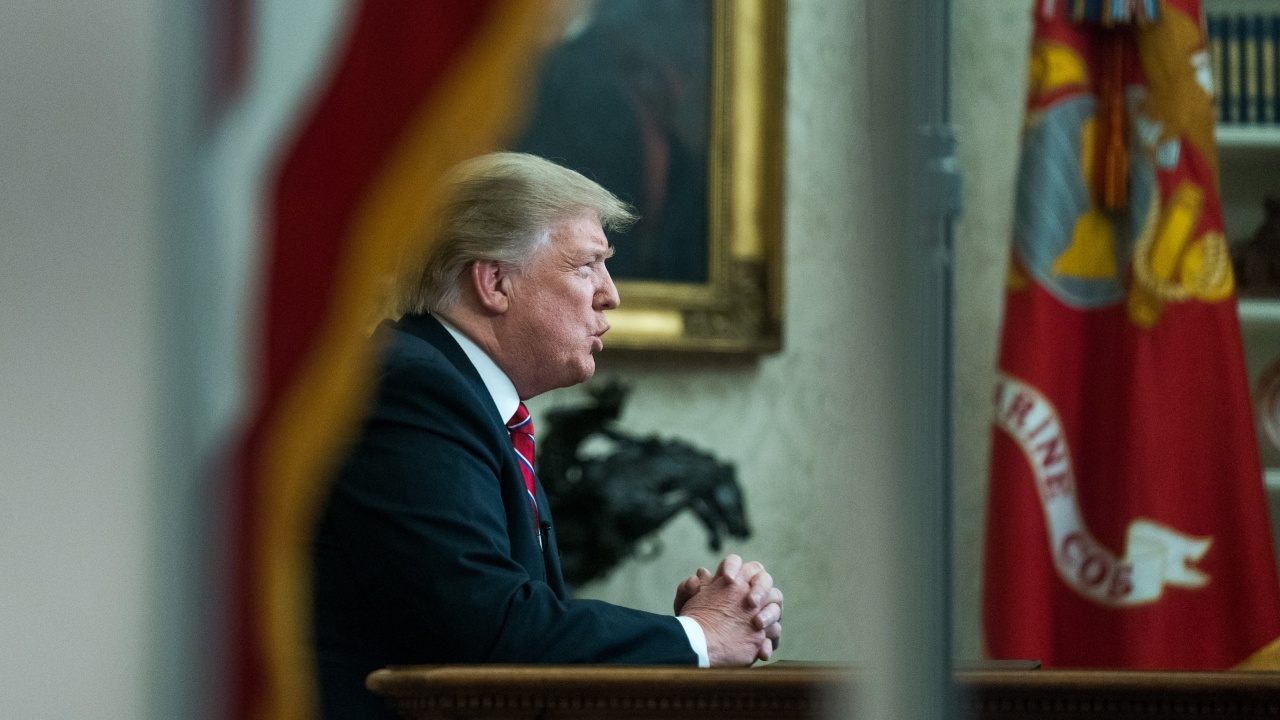 Last night, President Trump addressed the country live from the Oval Office, addressing the construction of a U.S.-Mexico border wall and the government shut down. The speech was short but had plenty of punch to it. And it was followed by a rebuttal from the ghoulish duo Chuck Schumer and Nancy Pelosi.

For the entirety of the brief speech, which clocked in at under 10 minutes, President Trump remained measured and calm, with none of the off-the-cuff showmanship that has often gotten him in trouble. He played it cool. He didn't issue any threats or even any ultimatums, both of which would be understandable given the fact that our government is shut down and being held hostage.

Perhaps his finest moment came midway through the speech:

Trump: If Barriers Are Immoral, 'Why Do Wealthy Politicians Build Walls Around Their Homes?' youtu.be

President Trump then calmly described the many instances of violence recently committed by illegal immigrants.

Within minutes of Trump completing the speech, the media had attacked. Politico and Washington post whined that the President was not presidential enough. USA Today and CNN both eagerly devoted articles to "fact checking" President Trump. The hysterical-as-always HuffPo eschewed all objectivity whatsoever, accusing Trump of lying, even in the headline ("Trump Spreads Lies In Televised Speech For Border Wall Funding").

At the same time, you heard almost nothing about the true circus act of the night: Chuck Schumer and Nancy Pelosi, who shouldered together next to a podium to have their rebuttal. They looked like the Adams family, crowded next to one another with their grim expressions. They looked like they'd been pulled right from the painting "American Gothic" by Grant Wood. Only worse, because they're in power, and they can do whatever they want to, with no one to stop them.

Which brings us to another impactful part of the President's speech.

Trump to Congress: 'Pass a bill that ends this crisis' youtu.be

As you would expect, very few journalists have written about those direct words.