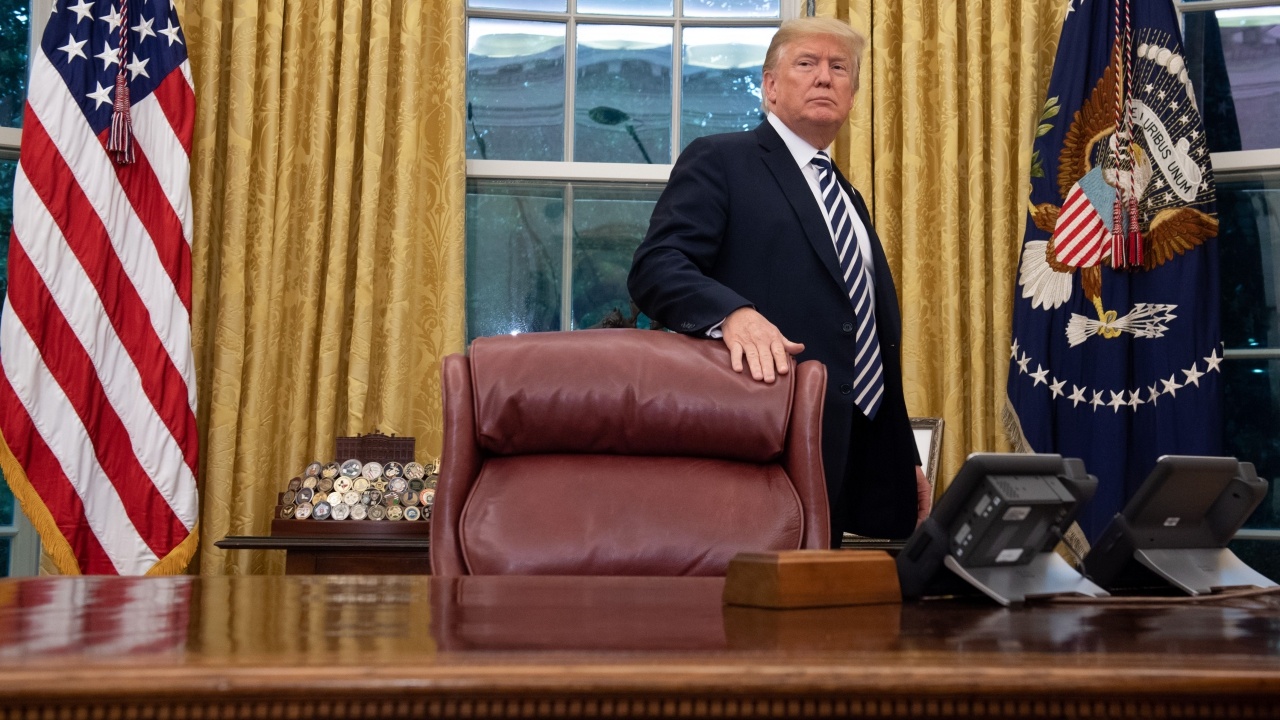 Will we officially be in a state of "National Emergency" tonight? We'll soon find out, as the president is set for his first prime-time Oval Office address later this evening. Now I've heard some people say, "We've gotta get what we can NOW while we still have the ability"... "The senate should go nuclear!"... "Use executive orders if you have to!" Is that really what we want? Is that really how America was designed to run? In keeping with my 2019 trend, I'm not going to focus on "will he or won't he" as far as what the president might do tonight… I'm going to tell you what it all means.

So will we be in a state of emergency? What if I were to tell you that we already are… officially. The United States is currently under a state of national emergency to the tune of 28 times! Congress has empowered the President of the United States to declare a national emergency, and it's nearly impossible to take that power away once it's been invoked. Oh sure, Congress can vote on revoking the order, and it only takes a majority vote in both houses to do it. But the vote acts like any other bill, meaning the vote would then have to be signed off on by the very same individual that invoked the power. Meaning the president would laughably be asked to approve the removal of something he just invoked. In other words, once national emergency powers are invoked, they can stay there for - pretty much - well… ever.

RELATED: Oliver North on border wall: 'My hope is that the president sticks to his guns'

And presidents do this every time they want to do something outside the system. You know, when they don't want to bother with that whole pesky congress thing. It's one man, calling the shots with nothing to stand in his way. Does that sound very American? Does that sound like the system our founders built?

President Jimmy Carter was the first to invoke these powers after the National Emergencies Act was established in 1976. Those powers - invoked by a president decades ago - are still in effect! Carter's state of national emergency never went away! Every president since has extended Carter's original order. And why not? When one takes or receives power, it's hard to let it go. Bill Clinton invoked national emergency powers 17 times. Six of them are still active to this very day. George W invoked the power twelve times. 10 are still active. Obama called national emergencies thirteen times. 11 are still in effect.

When absolute unchecked power is received it is extremely rare for that power to be given up. It goes against human nature.

But there's nothing surprising by any of this. When absolute unchecked power is received it is extremely rare for that power to be given up. It goes against human nature. And that is the very reason why our founders built this system - this nation of checks and balances - the way it did.

Look, I understand if you're frustrated. I understand if you might be looking forward to things like going nuclear, executive orders and declaring a national emergency. But just remember that everything we may be able to do right now can, not only, be wiped away be another administration, but those same tactics can then be turned upon you. A nuclear strike is always met by a retaliatory nuke. Power recieved is usually never power given back… and this country wasn't designed to work that way.