Lexus Home Plate Club
Lexus is now the presenting partner of the Home Plate Club. Updates to this space include new interior and exterior signage throughout the club, Lexus brand ambassadors inside the club offering giveaways and activations throughout the season, and a Jameson branded bar.

Storage & Phone Charging Lockers from Progressive Insurance
New to the park this season are storage and phone charging lockers provided courtesy of Progressive Casualty Insurance Company. The 45 storage lockers are perfect for fans who want to stash their belongings and protect souvenirs while cheering on the game. The 72 phone-charging lockers each come equipped with four charging cords, compatible with most phones, so fans can power up and not miss capturing any key moments. The lockers, located in Section 169, are available to fans absolutely free of charge and on a first come, first served basis.

Expanded Safety Netting
The Tribe has extended the current safety netting at Progressive Field to the far ends of each dugout. The netting now extends from Section 164 down the third base line to Section 140 down the first-base line. The Tribe added 72’ total in length to both sides of previous backstop. The total width from end to end is 291,’ and the height from field to top of net is 29.’

Food/Beverage
Butcher and the Brewer, located on Cleveland’s East 4th Street, will serve its popular food and beer in section 158. Butcher and the Brewer is one of 13 local restaurants on ballpark’s 2018 roster, joining the likes of Melt Bar and Grilled, Barrio, Great Lakes Brewing Company and more.

Plus, there will be a variety of new food options this season. A few of the new menu items available to all fans include:

The Terrace Club is once again open to the public this season. Seating times can be found on Indians.com, and reservations can be made at OpenTable.com.

New menu items coming to the Terrace Club include:

• Butcher and the Brewer

Jose Jose Salsa
Jose Ramirez has developed a new line of salsa inspired by his love of Dominican foods. Jose Jose Salsa is available in both mild and medium, and proceeds from sales will benefit Cleveland Indians Charities. Jose Jose Salsas will be available by the Home Opener, April 6, in retail stores and grocers throughout Northeast and Central Ohio, including Giant Eagle, Heinen’s, Buehler’s, Acme and Dave’s Supermarkets and is distributed by Zidian Specialty Foods. For a complete list of retailers, visit www.JoseRamirezSalsa.com.

New Partners
The Cleveland Indians are proud to announce new partnerships with the following organizations:

StubHub Exclusive Secondary Ticket Provider
StubHub is now the exclusive secondary ticket provider for the Cleveland Indians. Effective immediately, only tickets sold and purchased through Indians.com and StubHub will be guaranteed Progressive Field access and a superior level of customer service.

Huron Road Parking
There is a new traffic pattern on Huron Rd. due to the construction on Quicken Loans Arena. The four lanes on Huron Rd. in front of The Q (from Ontario to E. 6th St.) will be reduced to two lanes. The two eastbound lanes closest to The Q will be closed as part of the construction zone.

During non-event times, the two westbound lanes will be split into one east-bound lane and one west-bound lane for vehicles traveling in each direction. During events, both lanes will convert to one-way directional traffic.

• Beginning at the Ontario St./ Huron Rd. intersection Huron Rd. will be restricted to only eastbound traffic traveling toward the Gateway East

• Huron Rd. will be closed to westbound traffic at Prospect Ave.

Traffic pattern for the end of events (including Indians games):

• Huron Rd. will be dedicated to west-bound traffic only.

• Vehicles departing the Gateway East Garage at the Huron Rd. exit will only be permitted to exit left onto Huron Rd. going west-bound. 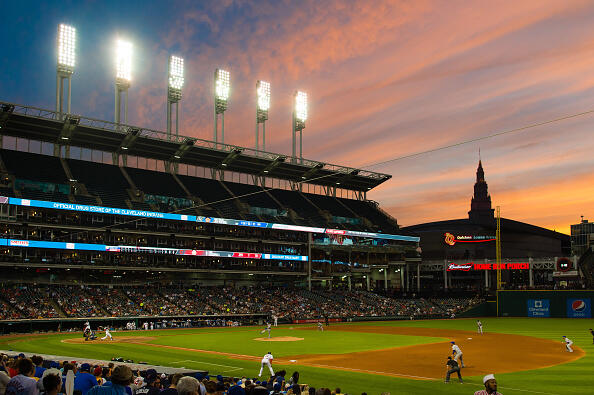 About Cleveland Indians Baseball on WMAN